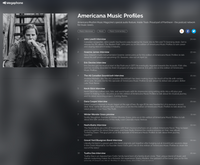 Hey all, I'm happy to share this brand new interview I did for this Podcast from the Americana Rhythm Magazine and Website. You can listen here: https://cms.megaphone.fm/channel/americanamusic

Look In My Eyes Out Now!

Out today is 'Look In My Eyes', the third song from my upcoming album 'The Beaten Path'.  I released the mellow 'Late To The Game' 12 weeks ago, the upbeat 'Stop Me In My Tracks' 6 week later, and now here's the jamming 'Look In My Eyes'.  All of these songs have garnered some nice radio play, playlist adds on Spotify and some mentions on blogs - and the promotion is really starting to pick up with only 42 more sleeps to go before the whole album drops!

As usual, you can listen to these songs everywhere music is found.

Thanks for your continued support.

Stop Me In My Tracks out now!

Out today is the second song from my upcoming Americana album 'The Beaten Path'.  I released the mellow 'Late To The Game' six weeks ago and now here's the upbeat 'Stop My In My Tracks', it's as close to a dancing song as you'll ever hear from me!  Both of these songs have garnered some nice radio play, playlist adds on Spotify and some mentions on blogs.  As usual, you can listen to these songs everywhere music is found.  Thanks for your continued support.

All Other Streaming Sites 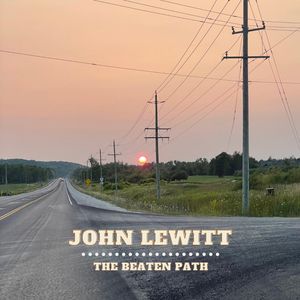 On May 13th I will be releasing my new Americana album 'The Beaten Path'.  In advance of that I will be sharing three songs over the next few months that I feel perfectly foreshadow the overall mood and style of the album.  Leaning heavily into the Americana genre and spanning the width of what that means - from the early beginnings of The Band onto artists like Bruce Springsteen & Blue Rodeo and then all the way up to current artists like Jason Isbell, I hope that you will find a song here that you can fall in love with.   The first song is called 'Late To The Game' and can be heard everywhere music is found.

All Other Streaming Sites

I look forward to sharing this music with you and I appreciate your support. 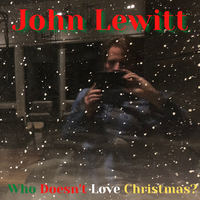 Out today on every digital platform is a song called 'Who Doesn't Love Christmas?' (listen here).  I was asked to write this one for a Hallmark movie a couple years ago.  I had 24 hours to write and record it, and while I did so in 12, someone beat me to the punch before I could get it submitted.  I've always liked it and wanted to share it, but I had to wait for the appropriate season!

ONE SONG A MONTH 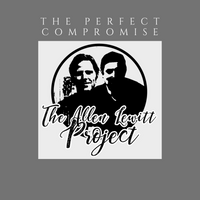 My band The Allen Lewitt Project writes and records music specifically for Film & Television opportunities.  As such, we produce a lot of content in several different genres.  Earlier this fall we decided to release one song a month in perpetuity. So far 3 have been released; Rundown, Completely Hypnotized and The Perfect Compromise (listen here).

If you've got a Spotify account, I've created a playlist here for these tunes and  will add the new ones to it as they are released.  So if you like it, feel free to love/save the playlist. 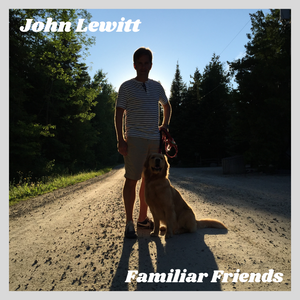 I'm thrilled to be the featured member this week on American Songwriter's site. It's a great magazine (to which I'm a subscriber), website and newsletter. Check it out if you get the chance.

Back To The Party 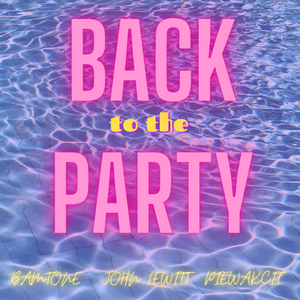 It’s the question we’re all asking ourselves, when will things go back to normal?

It was just over a year ago that the world shut down and all our future plans were cancelled.  I'm an extrovert and not being able to hang out with my friends sucks.  So in response to that I got together, virtually, with my musical friends Bamtone and Piewackit. We wrote and recorded this ode to partying - hoping that we're getting closer to those happy days again. And we're releasing it just in time for all those 'law abiding' folks down in Miami trying to celebrate their Spring Break!   The song is now out wherever music can be found, just follow this link

I'm thrilled to share the last song to be released from 'Stories I Tell The Snowman'.  This is an exclusive premiere on Americana Highways and you can find it here: